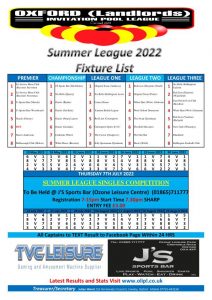 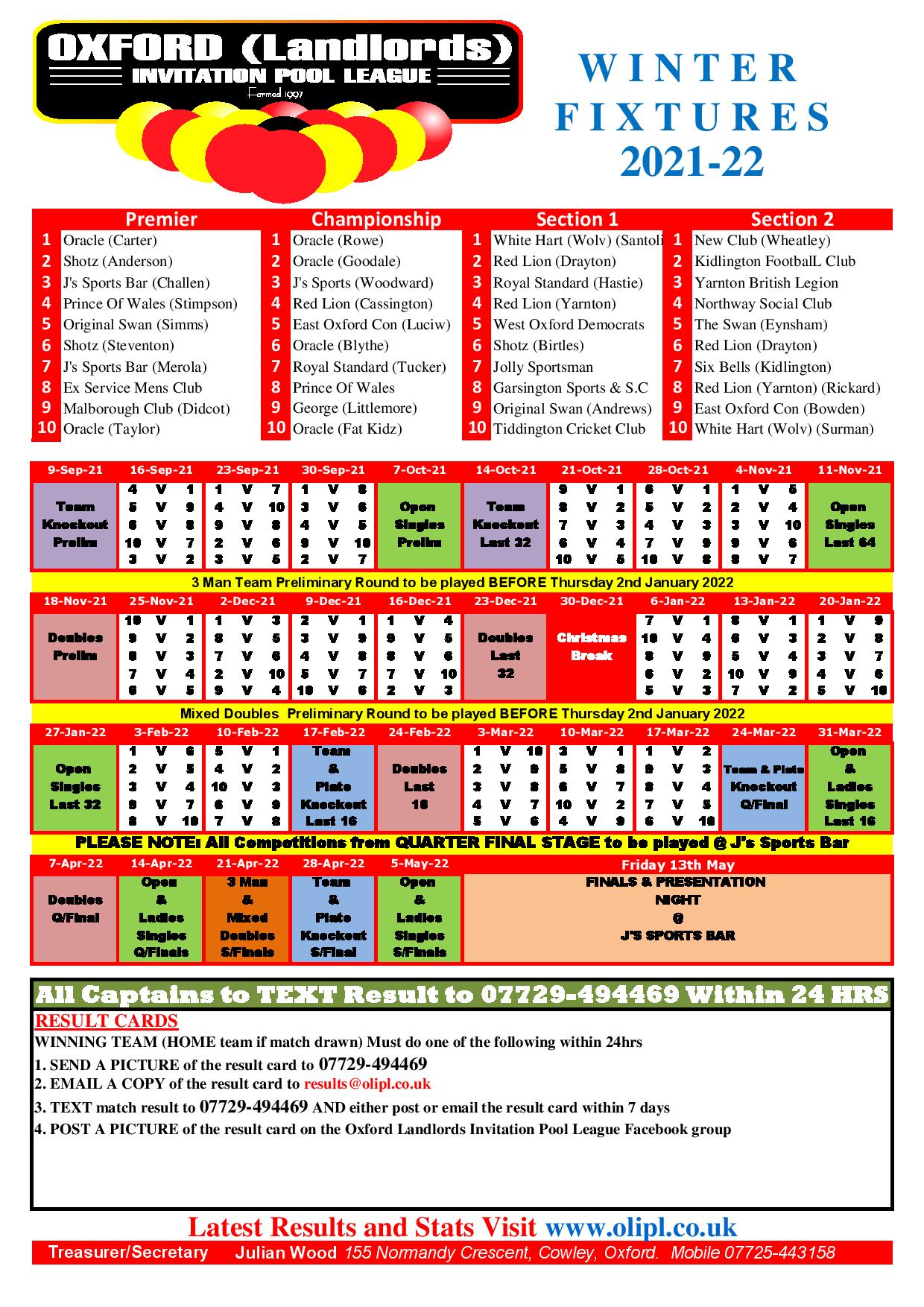 The Oxford Landlords Invitation Pool League (OLIPL) was formed in 1997

League matches are played on Thursday over two seasons:

Winter league season: September to May

Summer league season: May to September

The Summer League was introduced in 2006 due to the lack of pool being played during the summer months in and around the Oxfordshire area.